Maria Rita Epik was born in Izmir on January 1st,1958.  She attended the Italian kindergarten, Gazi Primary School, and  İzmir Özel Türk High School.
Epik composed her first song soon after she started playing the guitar at the age of 11

Maria Rita Epik graduated from the Ege University Business Administration faculty in 1979. During her senior year in university, she won the first prize  with her song `Seviyorum` (‘I  Love’) in the Eurovision Song contest organized by TRT (Turkish Radio and Television). Due to the political stand of the government of the time, she could not attend the finals held in Israel. She is still the only female songwriter in Turkey  who  has won the competition.

In 1981, Maria Rita Epik moved to the United States to study music at the  Virginia Polytechnic Institute and State University. She studied piano with Nitza Kats, harmony with Mary - Louise Hallauer , voice training with Scott Mc Coy  and composition with Ken Holliday and  Jon Polifrone.

Following  her return to Turkey, Maria Rita Epik worked as a Professional Tour Guide in English, Italian and French for the Ministry of Tourism.

In 1986 she founded the Yamaha Practical Music Center  in Izmir and worked there as an administrator for four years. In 1990 she left the center to start her own music school.

In 1992 Maria Rita Epik succesfully became Turkey’s representative for  (ABRSM), the Associated Board of the Royal Schools of Music. This enabled her school to run the music exams which were being conducted in more than  90 countries worldwide.

Devoting herself to music and the education of young generations, Maria has been awarded by many institutions for her efforts; in 1996 her school was granted  the “Izmir Award” by the International İzmir Research Center, and in  1999, she was given the “Special Award for Culture and Art” by the National Industrialists and Businessmen Association. In 2003 the  İzmir Mavişehir Rotary Club honoured her with the “Service to the Profession” Award,  and in 2009, the  Güzelyalı Rotary Club gave her an award for her impact in the field of Musical Education.

Epik’s  intensity and sensitive nature is apparent in songs she composed commemorating  the deaths of well-known personas; “Peki Ben Niye Öldüm-Yes,But Why Did I Die” (1994) for Uğur Mumcu; “Ave Maria” (1999) for the Opera Singer Zehra Yıldız, "Beyaz Atlı, Beyaz Saçlı Prens-The White-haired Prince on a White Horse" (2005) for   Ahmet Priştina. In  2000 she composed “Thalassa” with the heartfelt wish  that it would contribute to humanity and peace. These songs have been produced and recorded, but were not put on the market. 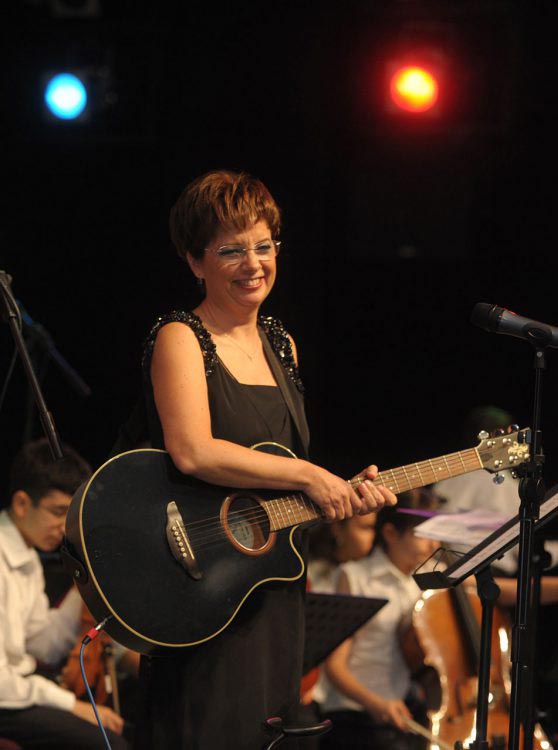 Epik  School of Music  was founded in September 1990, by Maria Rita Epik.

Within a structured framework the school focuses on all the classical instruments, vocal training, theory and music education. Students are provided with many opportunities to experience the responsibility and joy of performing as a group.